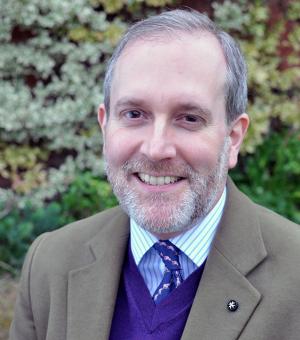 I have been the Hall’s Director of Studies in Classics since 2003, and a Fellow of the Hall since 2004. I was born and brought up in London, and came to Oxford in 1986 to read Classics at Merton College. In January 1992 I was appointed to a lecturership in Classics at Merton, and was later also elected a Bodley Fellow. At St Benet’s, I teach all the Latin language and literature papers for Mods and a number of the Latin literature papers in Greats. I am Honorary Secretary of the Horatian Society, and a member of the Council of the Classical Association. I am also a professed brother (a Knight of Justice) in the Order of St John of Jerusalem, of Rhodes and of Malta, more often called the Order of Malta and help co-ordinate student volunteers from the University who work with the homeless and elderly.

My research interests are in the Latin literature, particularly poetry, of the Republic and early principate. My first article (published in 1990) was about Horace, and he has subsequently occupied much of my attention since, but I have also written about Ovid and Virgil, and recently looked at some aspects of the impact of Virgil in the work of a nineteenth-century French author. One particular interest is the ways in which poetry interacts with, uses, and reflects aspects of Roman social, political, and literary culture: for example, the importance of Roman law in understanding Horace’s agenda in Epistles I.5, or the significance of heirship and the disputes surrounding Caesar’s will in Aeneas’s encounter with Dido, or the conventions of Alexandrian book-editing as a vehicle for articulating Horace’s ambitions in the Odes. Currently, I am looking at two of Horace’s Odes, reading one in the context of Roman agricultural practices, the other in the light of memories of the Civil War. After that, I hope to return to aspects of the Aeneid. What is constantly fascinating and humbling about reading the Latin poetry of this period is the sense of wrestling with the authors themselves through their texts and confronting the brilliance of their minds.

“Dido, Aeneas, and Iulus: heirship and obligation in Aeneid 4”, Classical Quarterly53 (2003), 260-67 [also chosen for inclusion in CQ’s 60th anniversary selection of the best scholarship published in CQ since 1951]