Over the weekend 23/24 November, we received the news that Fr Leo Chamberlain, Master of the Hall from 2004-07, died peacefully in the Ampleforth Abbey Infirmary after a short illness.

He became Master of St Benet's Hall in 2004, and was instrumental in beginning the modernisation of St Benet's.  He was the first to introduce a lay support staff for administration, and appointed new Fellows and Directors of Studies.  He started the process of moving towards our modern selection of undergraduate disciplines - each with larger cohorts of students in each subject.

In November 2019 his health deteriorated significantly and he was admitted to York Hospital, but returned to the monastery infirmary where he died peacefully,  surrounded by his fellow monks, on Saturday afternoon.

St Benet's celebrated a Requiem Mass for Fr Leo on Monday morning.  The Hall will arrange a Memorial Service for him next term.

May he rest in peace. 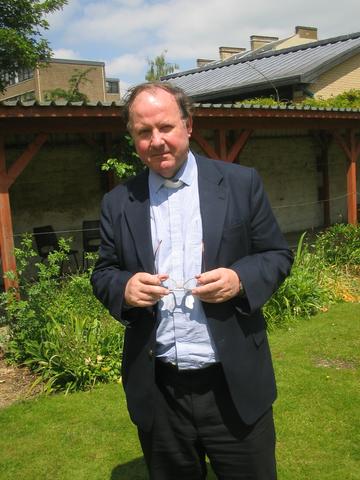